I’m a bit behind on this, but last night, I was able to catch most of Friday the 13th part 4 which stars America’s favorite Corey, Corey Feldman, and also that socially awkward man Crispin Glover, who you know most recently for being the Red Queen’s right hand man in Tim Burton’s Alice in Wonderland.

Now we all know what goes on in these kinds of movies, so I’ll just give you the short synopsis. Jason is thought to be dead. His body was taken to the morgue. Well, he wakes up and kills a bunch of hospital people and makes his way back to Crystal Lake. A family is staying in their home at Camp Crystal Lake (bad idea). A group of teenagers are staying in a nearby home for a weekend or something (also a bad idea).Crispin Glover is awkward, but still somehow gets laid.  Jason kills almost everyone. Corey Feldman does a poor job of shaving his head to try to get Jason to remember that he used to be a little boy. While Jason is confused at Corey Feldman, the older sister gets Jason in the head with a machete. Then Corey Feldman hacks Jason to pieces. The Corey and his sister make it out alive and wake up in a hospital. The end?

I have seen these movies so many times, so in the spirit of keeping things interesting, I imagine that Jason isn’t a psycho killer, but instead he’s going around the town making PSA’s. “Don’t ride your bike home alone in the dark,” he says before he kills a girl doing just that. “Don’t drop the soap in the shower.” And so on.

I also like to imagine that Michael Meyers from Halloween is simply looking for a knife drawer, but he has a horrible sense of what shapes fit where.

Speaking of Halloween, I have often wondered why AMC does not show all of them when they do Fear Fest events. Even when Halloween is the main theme, it seems they will only show the first one, and the 4th and 5th ones.

Little known fact, Danielle Harris, who plays the little girl in Halloween 4 and 5 is the same girl who plays Lori’s friend Annie in the Rob Zombie Halloween remake. She is 32 years old in that movie, but she plays a teenager. I find that amazing.

So anyway, Kevin Smith is hosting this year’s event on AMC. He’s doing a pretty good job. I saw one segment where he says something like, “horror films teach you to always run in packs, and never have sex, ever, and it helps to be a dude because you get to die in the first 20 minutes.”

So, what have else have horror movies taught you? Let us know in the comments. 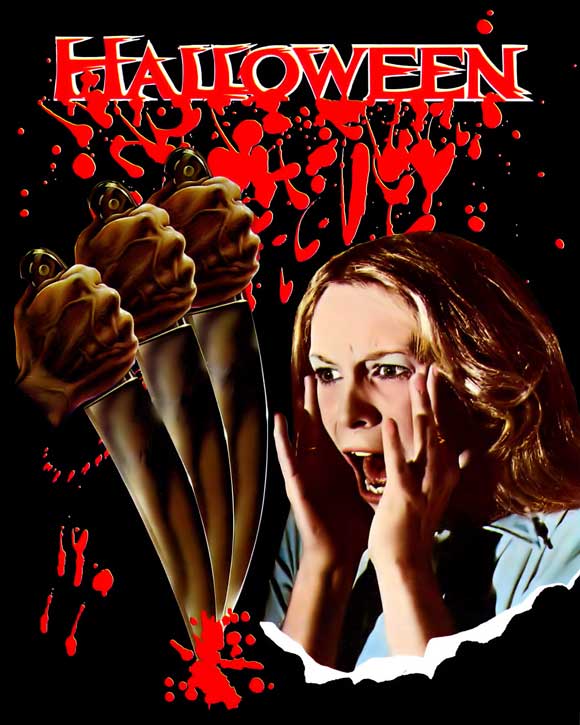 Get this poster and more at Movie Poster Shop