We have precious few days left before Halloween.  I have decided, that in the days leading up to this amazing holiday, I am going to watch a horror movie a day.  I started this process on the 20th, so I have three films under my belt thus far.  I intend to post the movies  I watch here along with a few thoughts on each. 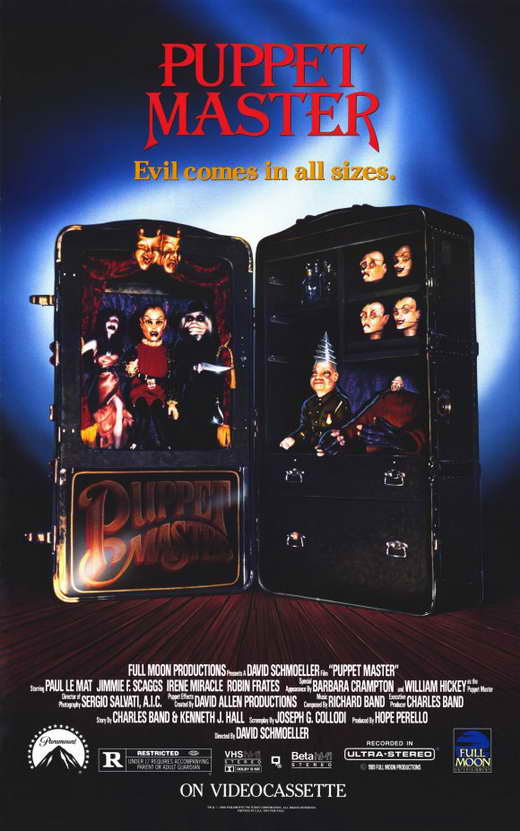 This little gem is one I enjoyed growing up.  It is a little cheesy, but fun all the same.  The story revolves around a group of psychics that meet at a hotel for the funeral of an old colleague who had killed himself for some unknown reason.  Shortly thereafter the titular puppets start running around and killing people.  There are some interesting kills here, and the story is not bad.  What really sticks out to me is the theme song.  The puppet master theme song is one of the all time creepy horror themes. 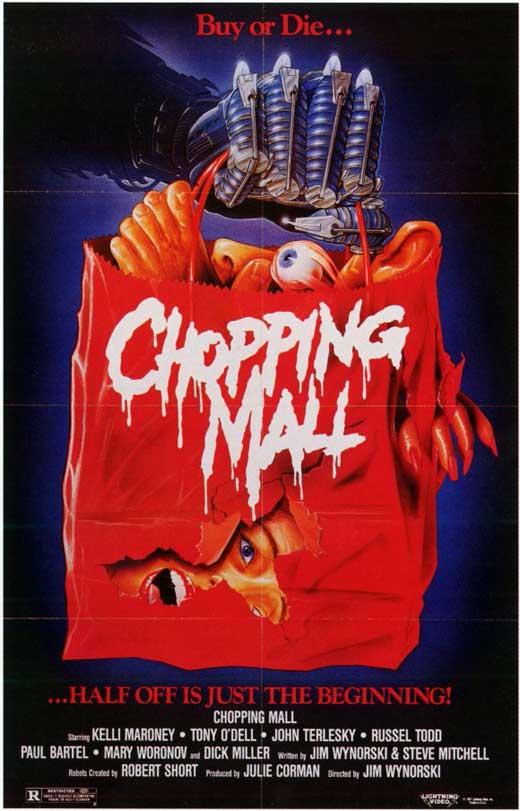 Having finally gotten around to watching this one, I have to say, it is not what I expected.  The story is that this mall is part of a test program for new robot security units.  They were supposed to be very effective, but non-lethal security system.  Things, of course, go terribly wrong when lightening strikes the droids’ control computer.  The resulting kill rampage is an entertaining ride.  It is worth noting, however, that the entire massacre could have been avoided had the horny teenagers decided to take their party anywhere other than the bed store at the mall.  There is some fun gore here, and it is a very 80s cheese fest.  However, having judged it from the poster for years, I feel it important to mention that there is no dismemberment in the film. 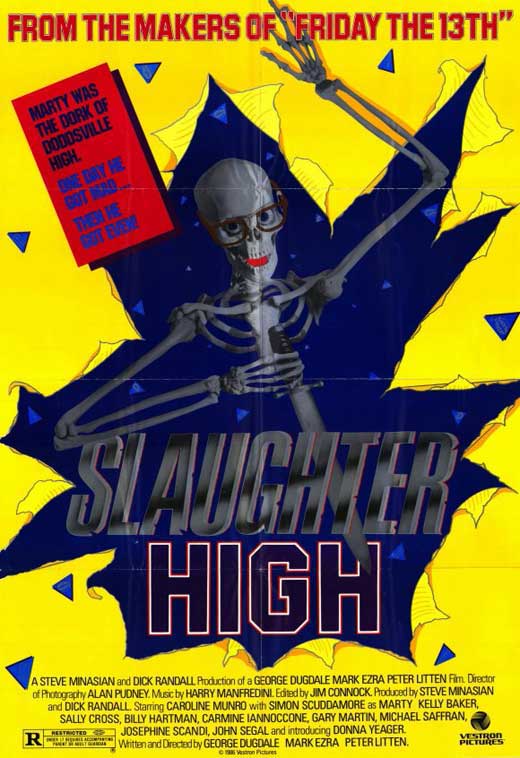 This movie in particular didn’t really win me over.  The setup took way too long, and the rest of the movie suffered because of it.  A group of kids that accidentally severely deformed a dork character with their ill advised April Fools prank return to the school years later for a class reunion.  None of them seem too concerned that they were the only ones invited.  Nor are they dissuaded by the fact that the school is clearly closed and they have to break in to attend the reunion.  When the murders start, you don’t feel too bad as they created the killer who hunts them.  The characters aren’t likable and it ends with a painful twist. 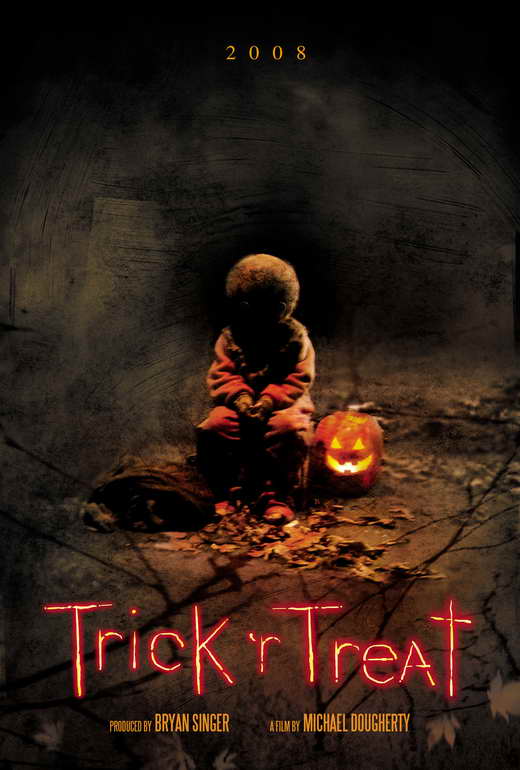 I have heard the term ‘Instant Classic’ thrown around in regards to this movie, and I am afraid I have to agree.  Not even five minutes in there is a brutal murder spawned undoubtedly by the victim’s Scrooge-like attitude towards Halloween.  Following this, we see the many acts that lead up to this moment.  There are four distinct stories that all weave together beautifully to  tell the whole story of this Halloween night.  The characters are all interesting, and the stories hold your attention.  If you like horror at all, you should see this movie.  There is something to appeal to just about every fan.  I can’t recommend this enough.

Night of the Demons 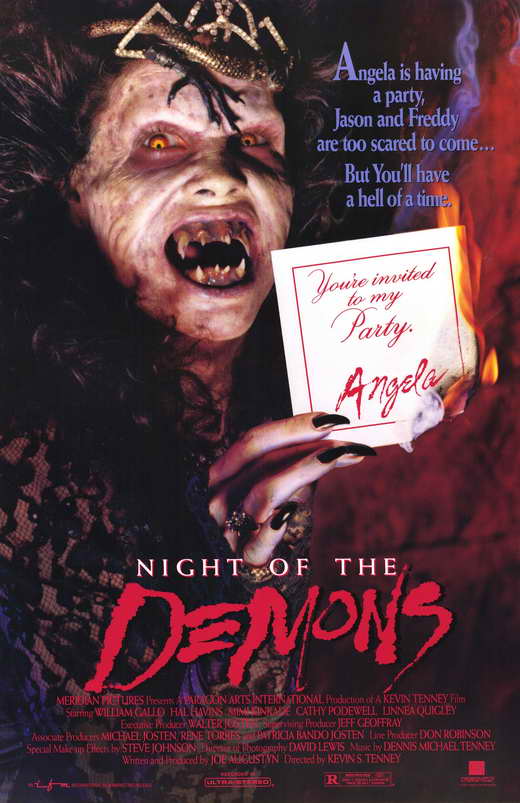 This is another very 80s Halloween specific  movie.  A group of teens go to a goth girl’s party at a closed down funeral home on Halloween night.  They ultimately receive all the trouble they are asking for when the demons that haunt the house take a seance as an invitation to inhabit the bodies of the party goers.  Through sex and murder more and more of the demons take hosts.  This leaves the two purest teens to try and escape the evil.  I had wanted to see this movie for years, and it was not what quite what I hoped.  Ultimately I will have to give it another watch to decide how I feel about it, but it was good enough that I don’t mind revisiting it.

Get these posters and more at Movie Poster Shop