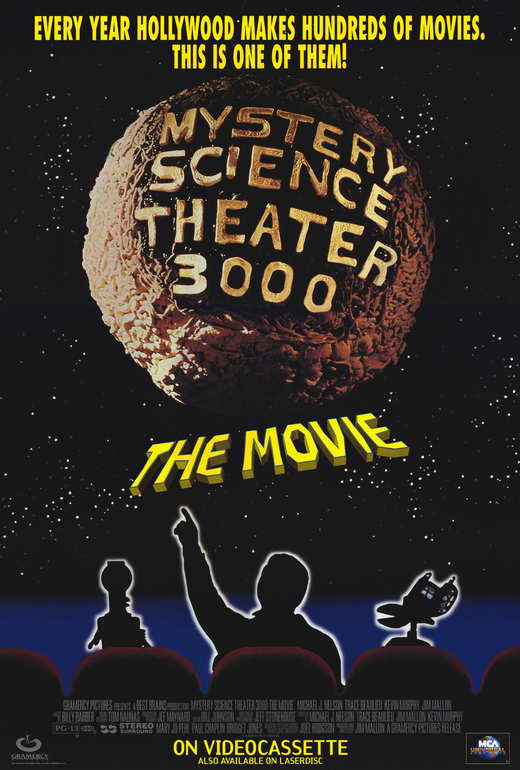 I know this isn’t the poster to birdemic… i can’t find one. Deal with it.

Last night, The Bcast Cult and friends attended a very awesome showing of Birdemic. Birdemic, on its own, is a horrible travesty and should only exist to be ridiculed. The best actor in the whole movie was a 9 year old girl, and she only had 2 lines, one of which was, “I’m hungry”.

The audio? Terrible. The script? non-existent. The special effects?Amateur. Roll that all into one, and you get a giant flaming ball of hilarity. But wait, there’s more!

Not only does the movie stand on its own, (if by stand you mean lie down in a pool of its own piss and take a beating without a fight), our wonderful friends from Rifftrax did a public flogging of it on video for all to see.

If you don’t know what Rifftrax is, it can basically be explained as these guys watching bad movies and heckling it from beginning to end. They have riffed many classics from, Manos: The Hands of Fate to Twilight. They are experts in making movies you wouldn’t dare watch into colorful masterpieces. Really, if your girlfriend insists on a Twilight marathon, download the rifftrax of each movie to your Ipod, and start it at the same time you start the movie. You’ll be laughing so hard, she’ll never ask you to watch Twilight again. Each file costs about a buck on their website.

Some history about Rifftrax

A long long time ago on the Sci-Fi channel (now known as syfy) there was this show called Mystery Science Theater 3000. It was awesome. It featured a man, and several robots who were kidnapped and trapped on a space station and then forced to watch terrible movies meant to break their spirits. However, through the art of heckle and ridicule, Mike Nelson and his robot pals were able to keep their sanity.

Sadly, when I was in High School, Sci-Fi decided to cancel the show despite the many many complaint letters I sent them. But that lead to the birth of Rifftrax, which is basically the same thing minus the robots and the space station.

So, when you mix Rifftrax with Birdemic, you get a really worthwhile show. I was under the impression that it was just an invitation to make fun of the movie in the spirit of MST, but when I found out that the show was actually the people from MST heckling the movie, I was super excited.

The movie started with a 3 minute drive down some winding roads. And this motif of being in a car, parking the car, and pulling out into traffic continued throughout the movie. Sometimes I even think that the characters got out of the car, just so they could get back into it.

So our main guy in this movie, Rod is supposed to be a computer software engineer turned salesman, and he just happened to stumble into lots and lots of money. I am convinced that the first 20 minutes or so of this movie, establishing that he is suddenly rich, is just there in order to explain how in the world he paid for gas at $100 a gallon later on in the movie. There is NO other reason for it whatsoever.

Rod meets Natalie who just got a job as a VS model. Another very lucky coincidence, and it doesn’t mean anything to the story. I guess what they were going for here is that these two kids have everything going for them. They’re career minded, and they love each other… blah blah blah.

The night they consummate their love, which Rod somehow does with his pants and belt still firmly secured around his waist, the whole town is attacked by eagles. There are other characters, but don’t worry, you won’t remember their names, and they die promptly after you meet them.

Overall, I would recommend watching this movie. I would HIGHLY recommend you also buy the Rifftrax file to go along with it. You know, for the lols.