I’m so excited for the Evil Dead remake set to come out in April of next year. Being a long time Evil Dead fan, I was actually happy with the direction they chose to take in making this movie. It’s not so much a continuation of the Evil Dead story, but it’s not a remake either. 20 years after Ash had his fight with the evil in the cabin and was sent back in time, 5 20-somethings spend a weekend in the same cabin, find the book, and release the evil once again.

The trailer looks amazing! IMDB says that the effects rely heavily on non-CG methods, which in my opinion, ALWAYS look more realistic.

Here’s the trailer for your own amusement. 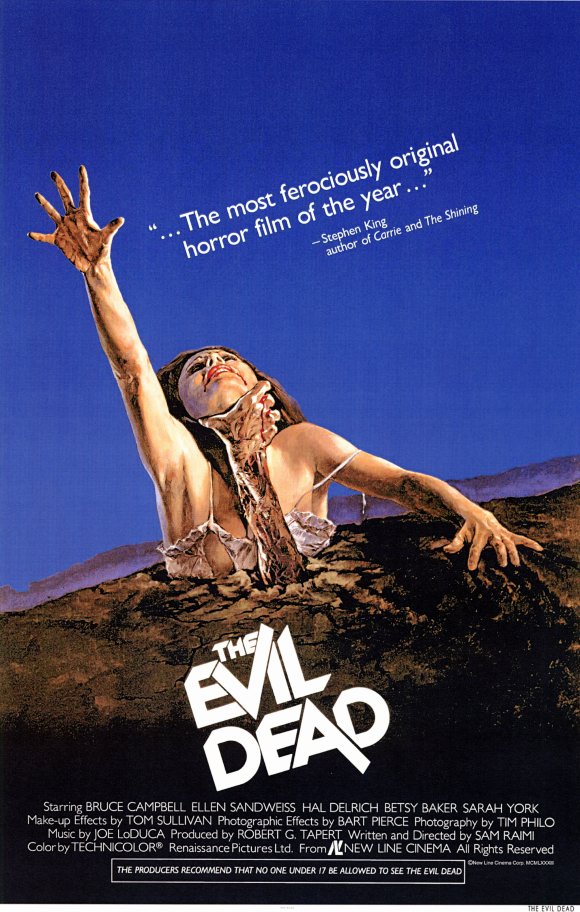 Whether you are a fan of the pending remake, or not, Evil Dead still remains one of the biggest cult classic horror films. It has made an icon out of Bruce Campbell as the only horror class super hero, Ash, whose only powers are his epic amount of bad-assery and his chainsaw hand stump. Evil Dead is responsible for my love of horror, and many of my long-term friendships.

Get this poster and more at Movie Poster Shop